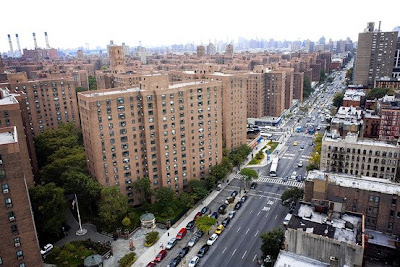 Strategic Default . . . Minus the Consequences

What would you do?

Oh, and one other thing: add 4 zeros(!) to the numbers cited above.

So, Tishman paid $5.4 billion for Stuyvesant Town less than four years ago; today, the property has lost more than 67% of its value, long ago wiping out Tishman’s 2% equity stake.

Is the suspense building yet?

Well, on a massive scale, Tishman just did what hundreds of thousands of underwater homeowners in especially stressed housing markets like Florida, Las Vegas, and Southern California have already done: it “strategically defaulted” on its mortgage.

That is, it handed title to the property over to the lenders, and walked away.

Left holding the bag: pension funds representing California and Florida school teachers, amongst (many) others.

Unlike homeowners who lose their home and credit when they default, Tishman is unscathed:

The Stuyvesant Town deal is one of several Tishman Speyer did at the top of the market that the company is trying to save. But the company itself isn’t threatened. It took advantage of easy credit and investors’ eagerness to buy into real estate during the good times. As a result, it didn’t put much of its own cash into deals.

Of the $5.4 billion price tag on the Stuyvesant property, Tishman invested only $112 million of its own money, with about $56 million from Jerry Speyer and Rob Speyer, co-chief executives of the New York-based company.

The article then notes that against the $56 million it put in, Tishman collected more than $10 million in property-management fees running the property.
Nice.

I guess that would be Exhibit A in artfully using “other people’s money.”