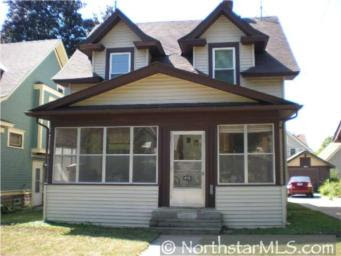 Where: 41xx Pillsbury Ave. South, in Minneapolis’ Kingfield neighborhood
What: 3BR/1BA, two-story built in 1910. Condition: rough
How much: asking $155k
When: originally on market Aug, ’08
Most homes, when they don’t sell, eventually drop their price.
Not this one.
After coming on the market exactly one year(!) ago at $150k, the Seller raised their price this June, to $155k.
Why?
It’s a short sale, unless the owner gets $155k.
Yup, after almost a year on the market, the asking price went up, presumably because the owner’s mortgage balance did, too.
Which captures at least one of the problems with short sales in a nutshell:
Too often, the asking price has nothing to do with fair market value, and everything to do with what the Seller owes the bank(s).
0Shares