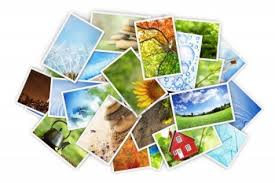 Too Much of a Good Thing?

I know there are Realtors who would disagree, but personally, I think it’s possible to have too many photos of a For Sale home.

Since 2018, MLS has allowed an unlimited number photos. See, “Max Number of Photos on MLS Now? “The Sky’s the Limit”.”

That’s in addition to all the photos Realtors can provide on broker Web sites, in electronic marketing materials, etc.

I can imagine a property where that would make sense.

So, how did the agent come up with 79 photos?

By taking six of the Living Room, five of the Kitchen, four of the Master Bedroom, etc.

In fact, there were multiple photos of practically every room in the home, taken from every possible perspective and vantage point ” many barely distinguishable from one another.

Four Photos of the Hall Closet

In the agent’s defense, several of the photos were of nearby parks and walking trails ” a true selling point for this particular home and area.

Another 4-5 photos showed summer-time photos of the home’s yard and garden.

That’s smart to do in a supplement, because many agents (myself included) associate especially dated or unseasonal MLS photos with foreclosures.

But in general, unless a room is unusually large or impressive, I think 2-3 photos suffice ” and can’t imagine when it makes sense to show mundane things like hall closets, bathroom vanities, etc.

When are a zillion photos a good idea?

But for a more average home . . . it seems like overkill.

P.S.: By far the more common problem on MLS is too few and/or unflattering photos (and no captions).