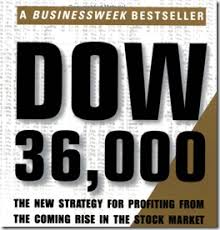 In the long run we are all dead.”

With the Dow Jones Industrial Average** on the cusp of 30,000 — in the middle of a raging pandemic(!) and teetering economy, no less — it’s not long till prognosticators turn their sights to the next milestone.

P.S.: I feel the same way about housing market predictions, i.e., being right eventually isn’t the same thing as being right.

**There are not too many “Industrial” companies left in the “Dow Jones Industrial Average.”