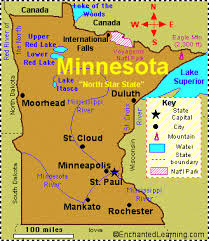 Minnesota’s northern and eastern regions have grown more conservative over the years, and Republicans won two House seats in the state during the 2018 midterm elections ” a rare bright spot during an election characterized by an anti-Trump wave.”

You didn’t need to see the newspaper banner to know that the journalist who wrote the article excerpted above is unfamiliar with Minnesota.

Unless, of course, the writer was referring to Wisconsin . . . 🙂

See also, “Check-in Nurse: “Have You Left the Country in the Last 3 Weeks?”; “Minneapolis’ Quirky Geography: Neighborhood Names for Newcomers (and New Drivers**)“; and “Calhoun Lake??” Is that by Isles Lake?“