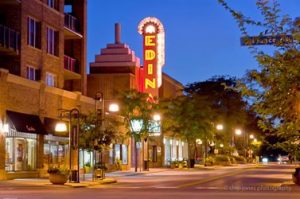 That’s because the range can be so big.

Exhibit A: two-story homes with about 3,500 finished square feet in Edina, which vary in asking price from $650k to almost $1.3 million.** 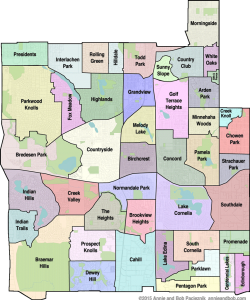 What accounts for that spread?

A mix of these four factors:

While Edina may seem homogeneous, it actually has 45(!) different neighborhoods.

But there are exceptions: some of the Twin Cities’ nicest (and most expensive) homes are located in the Indian Hills neighborhood in southwest Edina.

The draw(s): the large, private lots; and proximity to Arrowhead Lake.

Meanwhile, even in Edina, homes located on busy streets or in the shadow of a highway noise barrier are typically discounted. 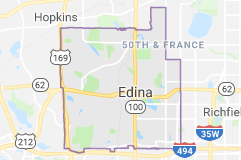 Especially as homes increase in size, their condition and updates loom large.

Given that new Kitchens can cost $100k – $150k, and new Baths anywhere from $15k to $30k (or more) apiece, the cost to update a large, older home can easily trip $500k (there’s also the expense of windows, mechanicals, new flooring, siding, landscaping, etc.).

And if the new owner wants to change the floor plan — for example, by opening up walls — add even more.

Of course, the same Buyer who can afford to tackle a major remodel may lack the time or desire to do it.

That reduces the demand for dated homes, which translates into a bigger discount.

Due to a zoning quirk, an area in West Edina with about 140 homes is zoned for Hopkins, not Edina schools.

While both school districts have their fans, Edina homeowners with school-age kids generally prefer Edina schools.

In addition to the above, such factors as curb appeal; lot size (and features); and zoning for elementary and middle schools can also affect value.

Accurately pricing a home in Edina — or anywhere else — requires local expertise, plus familiarity with a long list of variables.

You won’t find that on Zillow, Realtor.com or some other online resource . . .

**The fair market value (vs. asking or list price) for any given home is based on three or more Comp’s (“Comparable Sold Properties”): similar, nearby homes that have sold in the last six months or less.