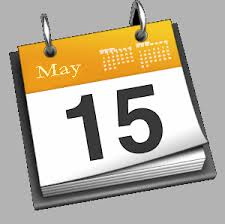 I don’t know about other states ” I’m only licensed to sell real estate in Minnesota ” but here, residential property taxes are due twice a year: May 15 and October 15.

Tax collectors ” no dummies about such things ” realized that those were the best times to dun its citizens for property taxes (note:  the May 15 payment covers the first half of the year; the October 15 payment the second half*).

Which leaves the more contemporary question, “if you’re selling your house in early (or late) May, do you pay the first half property taxes?”

Generally, though, the safe guidance is to tell Sellers closing before May 15 to pay their first half property taxes, those closing after . . .not to.

Either way, the federal closing statement (called “the ALTA”) should reflect a pro rata adjustment between the Buyer and Seller.

If the Seller paid the first half taxes, they’ll get a credit for the May — June 30 portion corresponding to the new owner’s time in the home.

If the Buyer escrowed the property taxes, the Seller’s net proceeds will be debited (subtracted) for the interval between January 1 and the May closing, when the Seller still owned the home.

*Calculating pro rata property taxes for closings on (or close) to June 30 and December 31 is easy:  they should be zero (or very small).