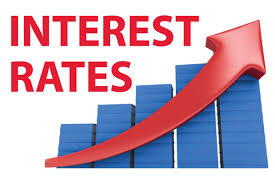 “Companies are paying the most in nearly a decade for some types of short-term borrowing, the latest threat to the U.S. economic expansion.”

Funny, I would have put a different spin on the news that companies — many enjoying record profits — now have to pay higher interest rates.

“In a sign of continued recovery from The 2008 Crash, almost-free money — courtesy of the Federal Reserve — is going away.  As a result, yield-starved savers are actually being paid a return to lend their money, and corporations are learning to wean themselves from too-cheap debt.”