Choosing Sides (Or Not)

No one asked me, but I know how to bring the practice of “single agent dual agency”  — whereby one Realtor represents both Buyer and Seller in the same transaction — to a screeching halt: start referring to such agents instead as “double agents.” 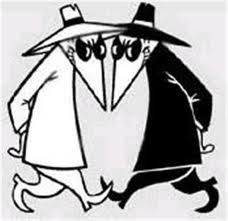 that label is misleading.

Whereas a true double agent nominally works for one side, but secretly represents the other, a Realtor who plays the role of dual agent arguably advocates for neither Buyer or Seller.

Instead, they act as a neutral third-party, obliged not to harm the interests of either party.

Which I’d say is tantamount to representing neither client.

While Minnesota allows the practice of single agent dual agency as long as it’s fully disclosed and both parties consent, as a former corporate attorney, I regard it as a classic conflict of interest — and contractually promise my listing clients (Sellers) that I won’t also represent the Buyer.

My logic:  I may lose some money in the short run, but in the long run I’ll come out ahead — and have fewer headaches (in the event that issues arise — and there are always issues — whose side does a dual agent take?).