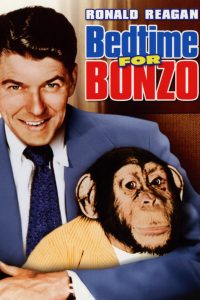 Put it this way:  if Streep threw her hat in the ring, she certainly wouldn’t be the worst actor to run for — or be elected — President.**

Not a Streep fan?

Since Jimmy Stewart’s no longer around to play the role of President, why not the next best thing:  Tom Hanks.

Or, should the situation in four years be truly dire, it might be appropriate to turn to God himself, actor Morgan Freeman (to demonstrate his range, Freeman has also played the President).

**Of course, that would be washed-up, “Bedtime for Bonzo” actor — and 40th President of the United States — Ronald Reagan.