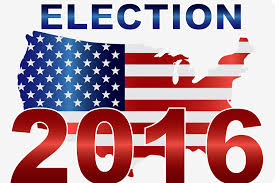 Republican Goldwater ran against Democrat Lyndon Johnson, and was on the losing side of the famous 1964 landslide.

Two elections later, on the opposite end of the political spectrum, McGovern suffered much the same fate against Richard Nixon.

Which suggests this political maxim:  “whichever major party’s candidate is further from the political center, loses (by a lot) in November.”

And this corollary:  “if the vacuum in the middle is sufficiently big, a third party candidate will try to fill it.”