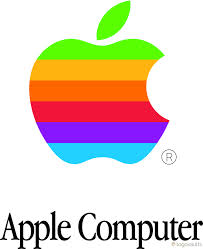 I can think of four reasons why that would be a brilliant move for Apple — and a public relations coup for VW — in the wake of the latter’s diesel debacle this week.

One. VW’s cheap.  After its 35% plunge the last two days, it now has a market capitalization of about $50 billion.

As recently as July, Apple had $200 billion in its checking account.

Given its fortress balance sheet, if Apple chose not to part with any cash, it could finance the purchase practically for free (or certainly, less than 2% long-term).

Two.  No tax on Apple’s cash hoard.  Because much of Apple’s cash is abroad, buying a European auto maker kills two birds with one stone:  it lets Apple put all that cash to work without getting socked on the taxes that would be due if it repatriated the money to the U.S. (or paid it out to shareholders as dividends). 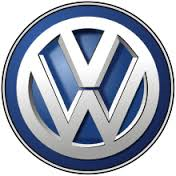 Even if you view VW’s entire auto line as a legacy product (doubtful**), just the value of all of its engineers — to a tech-driven company like Apple — could be worth the purchase price.

Realistically, it’s hard to believe that cherry picking the best & brightest at VW wouldn’t give Apple a HUGE head start entering the fiercely competitive auto business, and a key advantage relative to other entrants like Google.

Four.  Because it can (both legally and financially).  Toyota couldn’t buy Honda, or GM couldn’t buy BMW, without triggering the granddaddy of all antitrust lawsuits, in multiple jurisdictions. 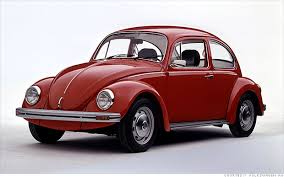 Apple buying VW poses none of those issues.

Before the deal, Apple has 0% of the global auto market; afterward, it would have VW’s 13%.

Financially, Apple could buy VW without so much as skipping a beat.

In fact, the company with the most incentive to do such a deal may very well not be Apple, but VW.

By accepting (or soliciting) Apple’s embrace, the company would ditch its now-tarnished brand for the world’s most illustrious one, and instantly vault itself into the vanguard of high tech consumer . . . everything.

**Just because a certain ex-HP CEO (Carly Fiorina) is making headlines now, it’s worth pondering if an Apple-VW combination would be the disaster that HP-Compaq was.

In a nutshell:  highly unlikely.

P.S.:  combine an Apple PC and the iconic, 60’s era VW Bug (above right) . . . and you get something uncannily like the vehicle pictured above left.