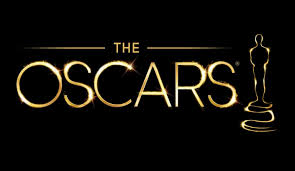 Behind the Scenes at the Oscars

“There are about 1,100 actors in the Academy, by far its largest branch. Naturally, they don’t all have the same opinion. Some responded more to “The Wolf of Wall Street,” “Dallas Buyers Club” or “Nebraska,” all best picture nominees as well. Marking those or the other contenders ” “Her,” “Captain Phillips,” “Philomena” ” as their No. 1 ballot choice may not lead to a clear majority.

In that case, in the Academy’s preferential voting system, the No. 2 pick moves up. How this will affect the outcome isn’t exactly known ” the final tally is never released ” but in a year when the competition is so close, it’s sure to play a part.”

As far as I can tell, the only reason ranked choice voting — also known as “instant run-off voting” — hasn’t been universally adopted in the U.S. by now is that it’s the single best way to open up today’s closed, corrupt election system.

In other words:  it threatens incumbent Democrats and Republicans alike.

Taking Away “The Spoiler Effect”

Under the current system, voters select one candidate for each office.

One.  It takes away “spoilers,” opening the way to candidates not endorsed by (and beholden to) either the Democrats or Republicans.

Now, when a third-party candidate pops up on the right or left, they effectively split the vote with the more mainstream candidate — delivering the election to the other side.

The most recent, conspicuous example of that was Ralph Nader in the 2000 Presidential election.

Under ranked choice voting, by contrast, when Al Gore and George W. deadlocked 48% – 48%, the majority of Nader’s 4% Florida vote would have shifted to Al Gore, making him President.

Spoilers can spoil both ways:  a century ago, Teddy Roosevelt and William Howard Taft split the (majority) Republican vote, delivering the Presidency to Democrat Woodrow Wilson.

That’s because — especially in a crowded field — the winning strategy isn’t to amass the most “first choices.”

Rather, it’s to be everyone’s consensus #2.

In fact, in Minneapolis’  most recent mayoral race — the first conducted according to “ranked choice voting” — voters’ biggest problem was distinguishing amongst all the candidates, who were so busy “playing (Minnesota?) nice” with one another they all looked the same.

To everyone who says it’s too expensive to have publicly financed elections, answer me this:  “exactly how expensive is it not to have such a system??”  (answer:  “very“).

In a world where candidates’ biggest campaign expense is buying access to publicly owned airwaves, it’s not at all clear to me why publicly-financed elections should be expensive at all.

Can you say, “in-kind contributions??”

P.S.:  While I’m at it . . . what’s the point of holding 435 local elections every two years — to elect members of the U.S. House of Representatives — then letting candidates raise 20% to more than 90% (!) of their campaign funds from outside their district — typically, from aforesaid corporate special interests?