Against a backdrop of epic Wall Street corruption and captured regulators — just look at the resumes of the top 20 SEC officials, starting with Mary Jo White, nominated by Barack Obama to lead the agency — it’s easy to forget that there also good guys out there. 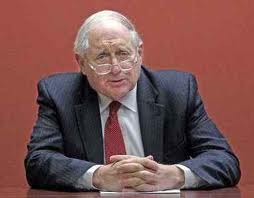 Former Senator Ted Kaufman, who was appointed to fill Joe Biden’s Delaware senate seat and railed against Too Big to Fail (“TBTF”) banks, was certainly one of them.

So is retiring Michigan senator Carl Levin, who first took Goldman Sachs to task in Congressional hearings after the 2008 Crash, and just last week excoriated JPMorgan Chase officials for   dissembling about the true nature of its “London Whale” debacle (if you haven’t been following, the bank lost a staggering $6 billion speculating on exotic securities — an activity that was supposed to be off-limits in the wake of gargantuan, taxpayer-funded bailouts).

Under Senator Carl Levin’s relentless questioning, JPMorgan Chase witnesses essentially conceded that their explanation for the bank’s losses — that the London trades were part of a hedge that had gone wrong —  was not a particularly truthful statement.  What the trades were supposed to be hedging was never fully explained.

Nocera sums up his (and many other people’s) sentiments about the retiring Levin:  ‘I’ll miss Carl Levin when he leaves the Senate in 2015 — and you will, too.”

It’s just too bad that the good guys are leaving, and the bad ones seem to be (very much) staying put.

P.S.:  Also on the “good guys” list:  journalist Nocera, who has tirelessly called out Wall Street on its bad behavior, and Washington officials for not doing anything about it (or worse, being complicit).