“It takes a licking, and keeps on ticking.”

The same could be said of the 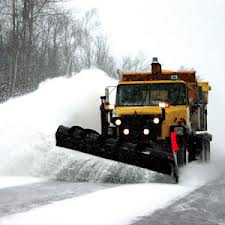 Twin Cities, in the aftermath of a 16″ snowfall yesterday — the biggest locally in two years.

I got up at 5:30 a.m., expecting to shovel my way to the alley, only to discover that my driveway had already been plowed, along with the alley and all the local side streets.

Ditto for almost all of my neighbors’ driveways.

And while the major arteries were slow-moving, it was due to ice not snow; the roads had been continuously plowed since yesterday.

How many other metro areas with 3 million-plus — in the U.S. or anywhere else — can take such a wintry punch, and barely miss a beat?

Making Up For Last Year

I can’t prove it, but one other factor contributing to the quick recovery:  last winter in the Twin Cities was exceptionally mild, which meant that all the snow services with monthly contracts got paid for doing . . . . not much.

Yesterday’s storm was their first chance in a while to earn their keep, as they say.

It’s also the case that the city snowplowing budgets are more flush (flusher?) at the beginning of the season than at the end.

*About 10 degrees below the temp at which (most) postal delivery folks locally start wearing long pants.