It sounds like it’s related to the manatee, or perhaps it’s one of those microscopic organisms you never knew existed . . . but now have to worry about their becoming extinct. 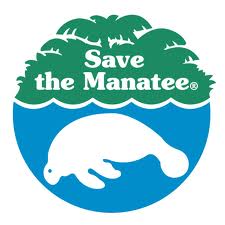 So, what exactly is an interstice?

inËˆtÉ™rstis/: An intervening space, esp. a small or narrow one.

Practically, the disappearing interstice is experienced as a lack of downtime.

So, we now read our email at red lights; text while standing in the grocery store line; and check the news while . . . waiting for the soup to boil (??).

Eventually, it all becomes rather exhausting.

Specifically, it means resisting the impulse to grab your smart phone at every opportunity.

Leaving the iPad out of the bathroom (admit it, you do it, too).

Allowing for the unfilled space in your daily life.

Go ahead, try it!

P.S.:  what technology taketh away, it (occasionally) giveth.

Exhibit A:  DVR’s, and all the commercials people now blissfully avoid.

Runner-up:  the lowly speakerphone, which lets me stay productive while on “hold” (increasingly common these days).