Combine tight inventory in many Twin Cities neighborhoods with frustrated Buyers, and what do you get?

Multiple buyers chasing the same property, including some making offers with 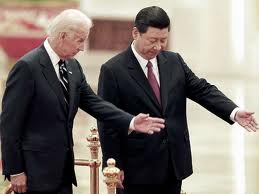 what Realtors call an “asterisk clause.”

For the uninitiated, a Buyer employing an “asterisk clause” strategy declines to fill in a purchase price on their offer.

Instead, they simply promise to beat the highest offer by a specified increment, up to a capped amount.

What’s not to like, at least if you’re the Seller?

For starters, a Buyer making an asterisk clause offer isn’t committing to anything; if they don’t like the price that the Seller fills in, they can simply decline to sign and there’s no deal.

For another thing, an asterisk clause Buyer is implicitly expecting that the Seller will let them peek at other Buyers’ offers (how else will the asterisk Buyer know the price they agreed to beat?).

While it’s customary to let all bidders know the existence of other offers, it’s NOT customary to uniquely favor one bidder over others that way.

In fact, given that the other Buyers were willing to commit to a specific purchase price and the asterisk Buyer wasn’t, such a practice seems unfair to the former.

After all, if everyone comes in with an asterisk clause offer, where are you?

For other potential pitfalls, see “Multiple Offers and Asterisk Clauses.”