[Editor’s Note:  Given the spate of financial corruption stories lately — did they ever really stop? — I thought I’d re-run a post from almost three(!) years ago making clear where my sympathies lie.  Not that regular readers of this blog don’t already know.] 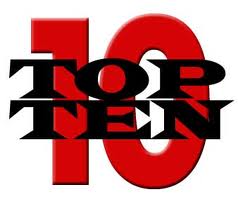 What’s the difference between drug dealers and investment bankers?

Eight. Drug dealers don’t plough a share of their profits back into hiring lobbyists to re-write the nation’s drug laws to suit their interests. Or donate millions to the campaign coffers of key members of Congress overseeing them.

Six. Drug dealers wreck blocks, and sometimes even whole neighborhoods.  Investment bankers have laid waste to an entire economy and jeopardized its currency — not to mention savaging millions of homeowners, savers, investors, retirees, and small businesses.