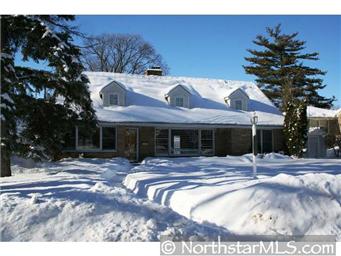 Hard to believe, after a Twin Cities Winter with practically no snow and temp’s consistently above freezing, that Winter last year was the real thing (the photos of this St. Louis Park home would be Exhibit A).

Hardcore skiers and skaters are bummed, but most Minnesotans I know (myself included) feel like we’ve dodged the seasonal bullet.

P.S.:  I still think it’s incredibly stupid to walk on the ice when it’s been so mild.

However, if you know the lake (or pond) depth is only a few feet, I suppose it’s negligibly less so (“negligent” being the operative word).

At least, that’s the logic I heard from one such risk-taker over the weekend.