Wall Street Allocating Capital  . . . to Itself

Once upon a time, Wall Street’s reason for being (“raison d’etre,” if you want a fancy term) was to efficiently allocate capital from suppliers of capital (aka “savers”) to those who could most productively use it — typically young, promising companies.

At least, that’s how 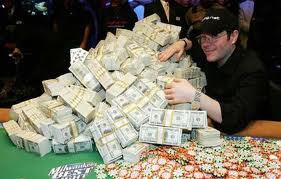 I explained it to my 12 year-old son the other night.

Going on four years after The Crash of ’08, it seems obvious — at least to me — that what modern-day Wall Street really excels at is  . . . allocating capital to itself.

Witness the still-ginormous salaries and stock options handed out to the head honchos at top investment banks (as best I can tell, any cutbacks are being absorbed by these firms’ rank-and-file), juxtaposed with anemic corporate lending and still-high unemployment.

Revolt of the Savers

Against a backdrop of zero percent interest rates (“ZIRP”), public skepticism towards the stock market (and the High Frequency Trading-types who clearly control it), anemic bond yields, and still-accelerating gains in communication and technology (Moore’s Law lives!), where might retail investors more profitably put their money to work?

Institutional money is apparently flooding into private equity, but that’s not an

Gold and other precious metals (still) feel a little too “fringy” to old-timers like me.

What does that leave (beside mattresses, that is)?

Instead of accepting “return-free risk” from bonds, I’m guessing that at least a slice of the gargantuan liquidity sitting out there migrates toward investments which actually promise a return for assuming risk.

A pretty good return, in fact.

What meets that description?

Here’s hoping that more of that money gets raised and invested in the Twin Cities instead of traditional hotbeds like Silicon Valley and Boston.

Watch “Something Ventured,” a terrific documentary on Silicon Valley’s history.