I’ll leave my reaction to (re)watching “Rocky” 36(!) years later for another post.

But, what I noticed — besides all the bare office desks (what, no PC monitors??) — were the differences between sports arenas then and now.

The backdrop for the movie’s climactic fight scene is the old Philadelphia Spectrum, host (once upon a time) to the Flyers hockey team.

What you see is an oval stadium much 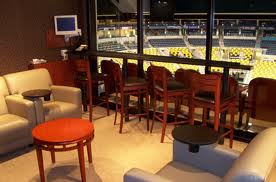 No corporate-sponsored luxury boxes, no massive TV suspended from the ceiling, no bank of smaller TV screens on virtually (and I mean virtually) every wall.

Leaving aside the obvious technology differences between then and now, what jumps out are the economic ones.

You’d guess that the difference between the cheapest and most expensive tickets at the old Spectrum was a multiple of maybe 3 or 4.

In other words, the cheapest ticket might have been $10, and the most expensive $40.

That dispersion and stratification mirrors an analogous one that’s taken place in broader society roughly since then.

Namely, as recently as the late ’70’s, CEO’s routinely 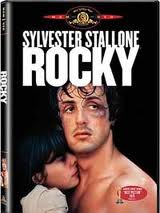 made 30 times or so what the janitor made.

In truth, no one really knows if the “500” part is accurate, because CEO compensation is now so lavish and complex — and the disclosure rules so murky — that’s it’s hard to determine.

So, here’s what I want to know:

What were the cause(s)?

And one last one:  is society better or worse off as a result?