Inspiring a Sense of “Wonder” — But the Wrong Kind Or, in my case watching “Hugo,” Martin Scorsese’s beautiful but slow-moving homage to French filmmaker George Melies, wondering whether that was Borat (comedian Sacha Baron Cohen) playing the station inspector (it was); and whether the actress who played the title character’s (puppy) love interest was in fact singing prodigy Jackie Evancho (it wasn’t, Thank God; no one person should possibly be that gifted).

Which is not to say the movie didn’t have its merits.

The tracking shots of Paris and the train station — in 3D, no less! — are nothing less than spectacular; I would be shocked if “Hugo” doesn’t win the Oscar for best 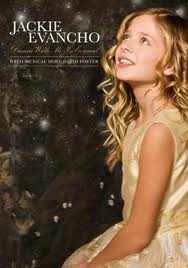 And the early movie footage is certainly novel; one scene shows an audience gasping — and ducking — as an on-screen train appears to be hurtling directly towards them.

But that’s not enough to sustain a two hour movie, even one with an historically resonant story:  it turns out that Melies’ path from early film pioneer to washed-up has-been to re-appreciated elder is true.

And fellow filmmaker Scorsese’s regard for his subject is touching and obviously heartfelt.

But if you’re watching the film with two antsy kids, you may not be quite as enamored.