Or Was It, “Lend for Free on Crap Collateral?”

It’s one thing to encounter distortions and ignorant drivel in some blogosphere backwater. 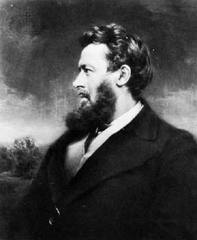 appears in The New York Times . . . it’s more than a little dismaying.

In a nutshell, that’s my reaction to Adam Davidson’s piece, “What Does Wall Street Do For You?” in today’s Times.

Many of Wall Street’s toughest economist critics do not condemn the bailouts and generous policies of the Fed and Treasury Department. Most know that Ben Bernanke, Henry Paulson and Tim Geithner (like central bankers and treasury officials everywhere) were following the hallowed advice that Walter Bagehot, onetime editor of The Economist, set down in 1873:  during a crisis, a country must do everything possible to preserve its banks.

Except, that’s not what Bagehot (pronounced “Badgeâ€² – it”) actually advocated.

His admonition — famous amongst bankers and economists, at least — was that, in financial panics and other crises, central bankers have a duty to act as lender of last resort.

Indeed, they are obliged to “lend freely” under such circumstances — but only against good collateral, and at penalty rates.

The Federal Reserve — and now, the European Central Bank — certainly got the “lend freely” part right.

Not so much the parts about “good collateral” and “penalty rates.”

Hmmm . . . .  one for three — not bad in major league baseball; pretty abysmal for a central bank.

And worse for a journalist who should know better.

P.S.:  And while Bagehot certainly would have supported saving the banking system, he would have been horrified to see Central Banks degrading their balance sheets and beggaring millions of savers to rescue specific, bad actors.