I first reported the phenomenon in a post more than 18 months ago (“Where’s the Rest of Me?  The Phantom Cellphone Vibration“):  you’re standing in the 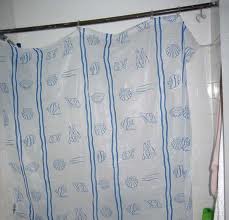 shower — presumably undressed — and you feel your left (or in my case, right) hip vibrate.

You think you’re wearing your phone — until you realize you aren’t.

It was just a matter of time, but that experience now has a name:  “Phantom vibration syndrome” (“You Love Your iPhone.  Literally“; The New York Times, 9/30/2011).

Also referred to as “cross-sensory phenomena,” it’s when someone “sees” a smell or “hears” a vibration.

Imagine trying to explain that one to your grandparents . . .

P.S.:  Once upon a time, before I moved on to the business world, I was a Stanford psych major.

I switched to Economics when it dawned on me that the department’s focus was brain synapses and neural architecture; Freud and Yung were taught in the Religious Studies department.