“If That Mockingbird Don’t Sing, Papa’s Gonna Buy You a Diamond Ring” 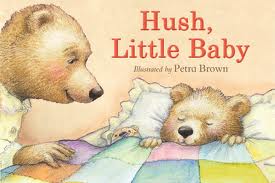 You can scarcely pick up (OK, click on) an Op-Ed page these days without encountering the latest housing remedy du jour.

As nationalized companies that dominate the mortgage market, the government-sponsored enterprises, Fannie Mae and Freddie Mac, should be taking the lead, not watching their profits and mortgage-backed security (MBS) prices. If GSE managements won’t move, their regulator, the Federal Housing Finance Agency, should push them. If the regulator won’t push hard enough, the U.S. Treasury, their major shareholder, should. If Treasury officials won’t, President Obama should order them to. If the whole administration is too timid, Congress should change the law.

My reaction(s) to the above, in no particular order:

–How unexpected for an academic like Blinder to come up with such a politically viable proposal; and

–That cadence sure does remind me of something else.  Hmmm, what could that be??

A second later, it came to me:

If academics, politicians, and government bureaucrats had a silver-bullet solution to the housing (and broader economic) mess . . . we’d be home free by now (pun intended . . . sort of).

Which we’re clearly not.

By process of elimination, that means the solution(s) will have to come from  . . . elsewhere.

My candidates include:  Occupy Wall Street; some other genuinely grass roots (vs. AstroTurf) campaign that has yet to break the surface, in some off-the-map place (Winnemucca, Nevada, anyone?); a pimply (and brilliant) 17 year-old on Facebook — sort of a “public policy” Steve Jobs; or, at the opposite end of the demographic continuum, a latter-day Howard Jarvis, of Proposition 13 fame in late 1970’s California (where I happened to be at the time, an oblivious college undergrad).

Or maybe even the group of professionals closest to the housing mess, day in and day out (note: that would be Realtors).

Just not anyone on Wall Street, in government, or academe.