Three Reasons Investors Are in a Funk

Gauging from investors’ current bleak mood, you’d guess that the Dow Jones was down horrifically — to 6,000 or 7,000 or even lower.

Instead, while recent volatility has admittedly been through the roof, the Dow has “only” dropped to just below 11,000, as of this morning. 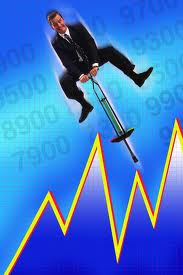 That’s less than 15% below its high water mark last Spring.

So, why all the hand wringing and gnashing of teeth?

I have three theories:

One.  “Risk without Return.”

To know that stocks are lower today than a decade ago is bad enough (the Nasdaq is actually still down more than 50% since 2000).

However, that abysmal performance has been accompanied by a “pogo stick” market that cumulatively takes a toll on the nerves of anyone who’s got exposure to it.

If you’re older and counting on your stocks and savings to provide for your retirement, that volatility is doubly unsettling.

Investors have seen this movie before.

The drumbeat of bad news coming out of Europe — and specifically, its fragile banking system — conjures up all too recent memories of September, 2008, when all Hell broke loose after Lehman Brothers failed.

A relatively small drop in todays’ market hurts more because more people got in recently, at higher levels. 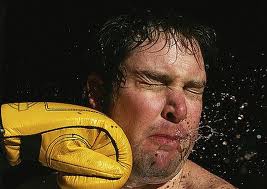 If you’re a saver, you can only take the pain of zero per cent interest rates so long (call that “Punch #1).

That’s especially the case when the cost of living — including such necessities as food, gas, and health care — seems to be inexorably rising, withering the purchasing power of whatever savings you do have.

With Ben Bernanke practically driving widows and orphans into the market seeking a return on their money — appreciation, dividends, anything  . . . that’s exactly what more and more people did.

Then came “Punch #2”:  the prospect of sovereign default in Europe and the risk of financial contagion (again) — landing, unfortunately, just about the same time that the anesthetizing effect of quantitative easing was wearing off.

Not being sophisticated (or having any kind of financial cushion), small investors are understandably stunned to find how quickly they’ve lost a chunk of their “safe” money — with the prospect of more to come.