Traveling With an “Entourage”

You’d think an avowed bargain-hunter such as myself would be a natural for Priceline.com (and other online shopping services).

In fact, I’ve never been able to pull the trigger (including while traveling last week). 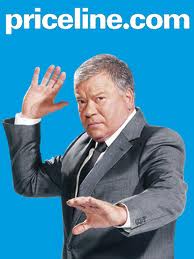 Actually, a couple things, starting with the non-changeable, non-refundable nature of the commitment required by such services.

Other obstacles (at least for me):  skepticism about their “star” ranking system; the due diligence required to learn prevailing prices — and therefore knowing how much to bid initially; the need to “suss out” the optimal bidding strategy (apparently, continually tweaking one’s search criteria to circumvent the 24 hour embargo on re-bidding); and the difficulty of re-locating a family of five in a crowded city where parking is a nightmare.

Maybe next time, when it’s just me traveling and I only need a place for a night or two.