What is Your City Telling YOU?

I had to chuckle reading a piece titled “”Chicago:  The Cost of Clout,” in which the author laments that the reason Chicago’s economy is apparently now lagging is because it exalts the acquisition and wielding of clout above all else.

By contrast, other cities focus more on  . . . well, other things.

“Great cities attract ambitious people. You can sense it when you walk around one. In a hundred subtle ways, the city sends you a message: you could do more; you should try harder. The surprising thing is how different these messages can be. New York tells you, above all: you should make more money. There are other messages too, of course. You should be hipper. You should be better looking. But the clearest message is that you should be richer.

Are Minneapolis’ Children All Above Average?

So, what is family and kid-centric Minneapolis telling its citizens? 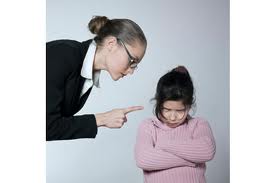 That your children  should be more ambitious, hipper, read more, etc.

In one episode, the very PC restaurant patron asks whether the chicken on the menu is free range, antibiotic-free, etc.  Assured that it was, he then queries, “lots of friends??”