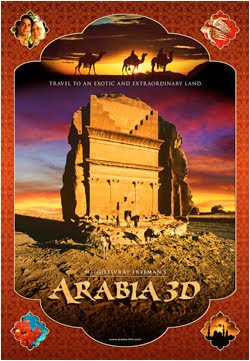 See if you can guess what epoch I’m describing:
The West’s thirst for this commodity made its Middle Eastern purveyors rich beyond belief, and financed a campaign of conquest and terror that helped undermine it.
The U.S.-led West and its demand for Middle Eastern oil?
That, too.
But before that, it was Rome’s demand for frankicense, to perfume its many temples.
What happened next?
Rome gave up idolatry, and its demand for frankicense plummeted.
Which caused the fortunes of its Middle Eastern suppliers to also plummet.
Think there’s a precedent there??
(At least, that’s what I got from the movie “Arabia,” which I saw at the Science Museum IMAX yesterday).
0Shares