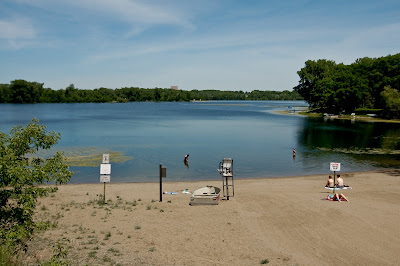 Putting a Price Tag on Proximity to Cedar Lake

A client of mine says his engineer son-in-law has done a regression analysis calculating the premium associated with proximity to Minneapolis’ Cedar Lake.

If that’s correct, that’s a very valuable number to have, because lots of Realtors, appraisers — and their clients! — spend a lot of time and money trying to quantify just such variables.

And yet . . . as I discussed in The Art of Doing Comp’s (“How Big a Premium for Small Lakefront?”), isolating and quantifying such adjustments is more difficult than it sounds.

That’s because it’s never the case — at least outside new, tract developments — that two homes, identical in every respect but their location, sell at exactly the same time.

To use a fancy term, they flunk the “ceteris paribus” test (“everything else held equal”).

So, if the two homes are the same size and style, one’s much more updated; if they’re equally updated, one’s substantially bigger; if they’re the same style, size, and condition, they sold two years apart, in different market conditions.

Which doesn’t mean that Realtors and others don’t estimate premiums and discounts, for many variables, every day.

P.S.: my number for Cedar Lake proximity? I’d start with 2% per block, but would tweak that depending on which block (some are clearly nicer than others).

I also know that the East part of Fern Hill — between Monterey and France — commands a bigger premium than “West” Fern Hill, and that a handful of homes on Glenhurst and Huntington with lakeviews command much bigger premiums.