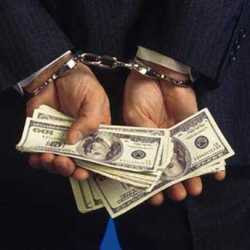 Towards A New “New Deal”

World pollution, there’s no solution
Institution, electrocution
Just black and white, rich or poor
Them and us, stop the war

Yes, the financial system is hopelessly screwed up, but no one knows what to do about it.
Right?
Wrong.
I have now seen scores of proposed blueprints for cleaning up the mess Wall Street hath wrought, all striking similar themes — and none better than the one proposed by James K. Galbraith of the University of Texas (and son of famed economist John Kenneth Galbraith).
Galbraith’s “path to prosperity” has two parts:
Step one: restore accountability and the rule of law. Specifically:

Stop pretending that bad assets can be made good, that bad loans will someday be repaid, and that bad people can run good banks. Debt crises are resolved when debts are written down and gotten rid of, when the institutions that peddled bad debts are restructured and reformed, and when the people who ran the great scams have been removed. Only then will private credit start to come back.

We need to do what the U.S. did during the New Deal, and what France, Japan, Korea, and almost every other successful case of post-crash (or postwar) reconstruction did when necessary. That is, we need to create new, policy-focused financial institutions like the Reconstruction Finance Corporation to take over the role that the banks and capital markets have abandoned. Thus, as part of the reconstruction of the system, we need a national infrastructure bank, an energy-and-environment bank, a new Home Owners Loan Corporation, and a Gulf Coast Reconstruction Authority modeled on the Tennessee Valley Authority. To begin with.

A reconstructed financial system should finance the reconstruction of the country. Public infrastructure. Energy security. Prevention and mitigation of climate change, including the retrofitting of millions of buildings. The refinancing of mortgages or conversion to rentals with “right-to-rent” provisions so that people can stay in their homes at reasonable rates. The cleanup and economic renovation of the Gulf Coast. All of this by loans made at low interest rates and for long terms, and supervised appropriately by real bankers prepared to stay on the job for decades.

Don’t let anyone tell you there aren’t serious solutions to today’s financial mess, being advanced by serious thinkers.
The problem is that no one in power is listening to them.
P.S.: thanks to Ned Krahl for forwarding Galbraith’s article to me.
0Shares