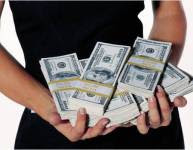 Did the Late Bird Get the Worm??

Although I take issue with some of the math underlying the analysis, there’s no denying that the drop in interest rates since April 30 — thanks to the Eurozone crisis — has at least partially offset the benefit(s) associated with now-expired home buyer tax credits.

Missing the tax credit deadline might have seemed like a big mistake to some home buyers, but waiting could have been the smartest thing to do. Interest rates have fallen so dramatically since April 30th that the typical purchaser of a $350,000 home, financed with a $280,000 mortgage, would have saved a bundle by waiting until May.

So what’s wrong/incomplete about the above analysis (at least if you live in the Twin Cities)?

One. The average home sale in the Twin Cities currently is about half the $350,000 cited in the foregoing excerpt (no doubt written by a journalist in New York or LA).

So, cut the monthly mortgage savings from $95 to $47.50 — making the tax credit that much more valuable.

Two. The average home buyer doesn’t stay in their home for 30 years.

Three. The calculations don’t discount for the time value of money (why people prefer “a bird in the hand to two in the bush”).

However, the whole episode does serve to underscore that the decision to buy a home depends on many variables, including interest rates, prevailing home prices, financial incentives, etc.

The post-tax credit drop in interest rates also shows how (fickle) market conditions can trump . . . everything else.

Case in point: I worked with a client last year whose plan was to buy a newer, bigger home, then sell their existing home. That strategy made sense because their current home needed quite a bit of updating — work that, realistically, could only happen once it was vacant.

Part one went off without a hitch: my client got a great deal on a very nice Plymouth home, and proceeded to move in.

So, instead of having their home ready for sale in February, at the beginning of the “Spring” selling season, my client’s home wasn’t on the market until May.

Did the delay hurt them?

On the contrary, several homes that were competing with my client’s home all got snatched up in the interim.

As a result, my clients were able to raise their asking price — and got it, in the first two weeks!