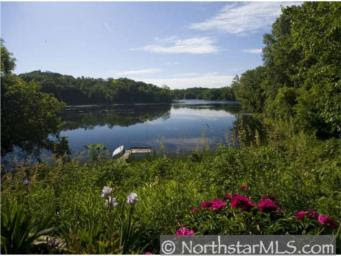 The Art of Doing Comp’s

I’m working on an assignment for a client now that’s proving devilishly difficult: identify the premium associated with a home on a small, metro lake so that it can be priced appropriately for sale.

The lake in question isn’t Lake Minnetonka, Lake of the Isles, or other “marquee” name. Rather, it’s just one of hundreds of small lakes — picturesque, but not really big enough for boating or other water sports — that dot the Twin Cities.

In theory, answering the question is easy: just find two identical homes, one on a small lake and another across the street, that sold at the same time — then calculate the percentage difference.

Of course, that’s nearly impossible to do: after screening upwards of 200 home sales on six different metro lakes over a five-year period, there’s always one — if not multiple — differences.

If the homes sold in the same market (roughly defined as within six months of one another), the size, style, and condition were different.

If the size and style were similar, the sales dates and condition were different.

And so on and so on.

Further complicating matters: some homes across the street from lakes have views (because they’re on a hill), while others don’t. As you’d expect, the premium between “lakefront” and “lakeview” is smaller than between lakefront and “no lakeview.”

The number of permutations, distinctions, etc. would make anyone but a statistician (and I’m not) throw up their hands.

So what to do?

Find the closest match(es), then use “interpolation” to close the gap between the dissimilar traits.

So, in one case, I found two, quite similar homes — one on a lake, the other across the street — that sold 18 months apart. To determine the lakefront premium, I calculated the change in market prices for the area over that period.

In a second case, I took two homes that sold within a few months of each other, and were in similar (good) condition — but were quite different in both size and style.

In that case, the challenge was to appropriately adjust for style and size.

Needless to say, the premium is necessarily a range: some homeowners especially prize lakefront, others actually consider it a drawback (families with small children, for example).

It’s also true that in many cases, much of what appears to be a lakefront premium is actually explained by the difference in the neighboring homes themselves: the one backing up to the lake is much bigger and ritzier than its neighbor across the street (surprise, surprise).

Factor all of the foregoing in, what do you find?

The premium for small lakefront property would appear to be between 20% and 30%.