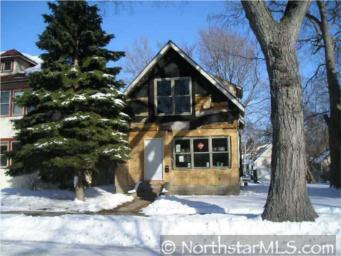 Sure, it was a mess. But this beat-up, bank-owned home was in a prime location — just a couple blocks from the Mississippi, in Minneapolis’ Longfellow neighborhood (the land alone had a tax assessed value of $44k).
So it wasn’t surprising to see this home sell quickly.
However, even by the standards of recent South Minneapolis “foreclosure feeding frenzies,” the selling price — almost five times the asking price — was still a shocker.
Want to guess how many offers came in on it?
Bonus (non-rhetorical) question: who was the seller?
Answer: Washington Mutual, one of the biggest peddlers of toxic loans before it blew up and was seized by the FDIC last September (what was left of its carcass was bought by JP Morgan Chase).
P.S.: in what is close to a record for turnaround time, the Buyer did a gut rehab and just re-listed the home for $239.9k.
Next Post: Foreclosure Bait and Switch
0Shares