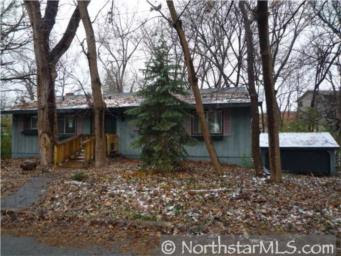 The Market Bottoms . . in Fern Hill
The first hint of a bottom came around Thanksgiving, when this non-descript rambler in St. Louis Park’s Fern Hill neighborhood came on the market for $189,900.
What happened next could only be described as a feeding frenzy: 17 offers in less than 72 hours, with the winning bid, $226,000, almost 20% over the asking price.
What were they fighting over? Most likely not the house — a solid but rough, 1,800 FSF rambler — but the .33 acre lot, itself assessed at $235,000 and located just six blocks west of Minneapolis’ Cedar Lake.
Market Dynamics
What happened next was fairly predictable: the 16 losing bidders vowed to offer more aggressively next time.
So when a nearby home, 2641 Kipling, hit the market in February, the result was an even bigger frenzy (“Multiple Offers and $40k Over Asking Price“). The hold ultimately sold for more than 24% over asking price.
Two questions: 1) do you think the next Fern Hill foreclosure (assuming there is one) is going to attract more or less interest?; and 2) if the bottom of the neighborhood is being pushed up, does that spill over to more expensive, surrounding homes?