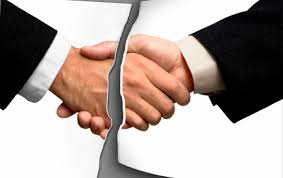 [Note to Readers: The views expressed here are solely those of Ross Kaplan, and do not represent Edina Realty, Berkshire Hathaway, or any other entity referenced. If you need legal advice, please consult an attorney.]

If you want the scoop on a busted deal, a good starting point is the listing agent (representing the Seller). 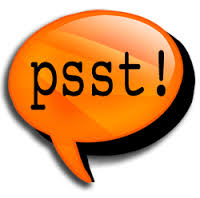 However, if you want the real scoop . . . talk to the former Buyer’s agent.

That is, assuming you can find them — and if they’ll talk.

Once there’s a signed Purchase Agreement, the convention** is to switch a listing’s MLS status to “Active – Inspection” (“A,i”), assuming the Buyer is doing a home inspection (the case 95%-plus of the time — make it, 90% of the time in a raging Seller’s market).

However, the name of the Buyer’s agent doesn’t appear on MLS until the Inspection Addendum is officially removed, and the home’s status is switched to “Pending.”

The upshot: if the deal founders over inspection issues — the usual scenario when a deal cancels — the name of the Buyer’s agent is never made public.

Even if the Buyer’s agent was known, it’s doubtful that they’d be willing to share much (if anything) with another Buyer, due to defamation concerns (or at least, this former attorney would be loath to say anything).

Of course, if the Buyer’s inspection uncovered material issues that couldn’t be resolved and the deal came undone as a result, the owner typically has a duty to divulge that info to future Buyers (at least in Minnesota, the listing agent has their own, independent duty to disclose material information).

If inspection issues torpedo a deal, it’s typically within the first two weeks.

Which leaves (mostly) deals that fall apart due to financing issues much later in the process — usually, about three weeks after any inspection issues have been resolved.

While the Buyer’s Pre-Approval Letter (accompanying the Buyer’s offer) represents that the lender has preliminarily vetted the Buyer/Borrower and their credit looks OK, it’s not until a few weeks later — once the lender has reviewed the Buyer’s W-2’s, tax returns, bank statements, etc. — that they give their final approval (the corresponding document is called “the Written Statement”).

How do you tell home sales that fell apart due to the Buyer’s finances as opposed to a low appraisal?

When the listing agent switches the home’s status from “Pending” back to “Active” on MLS, they’ll often shout that fact in the “Agent Remarks” field, to (re)attract now-skeptical Buyers (and their agents!).

By contrast, a home that failed to appraise will often come back on the market at a lower asking price.

That is, assuming the Buyer and Seller couldn’t negotiate the appraisal shortfall, or the Purchase Agreement didn’t explicitly address such a scenario with what’s called an appraisal “gap clause” (a feature of many accepted deals in multiple offers these days).

See also, “You Mean There’s No Deal AND They Get Their Earnest Money Back?!?“

**Alternatively, some listing agents elect to change the home’s MLS status to TNAS (“Temporarily Not Available for Showing”) while the Buyer’s home inspection plays out.