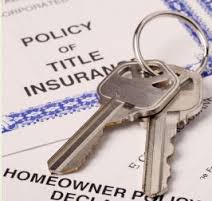 [Editor’s Note: The views expressed here are solely those of Ross Kaplan, and do not represent Edina Realty, Berkshire Hathaway, or any other entity referenced. If you need legal advice, please consult an attorney.]

Unlike health or life insurance, it doesn’t protect against something bad (illness, death) happening in the future.

Rather, it protects the homeowner from something that’s likely already happened (encroachment, contractor’s liens, defective title), that simply hasn’t been discovered yet (note: lenders and title companies do a cursory review prior to closing to catch anything egregious).

Second, the premium is a one-time event, typically paid at closing, that protects the homeowner for the length of their ownership.

So is it worth it?

To do a cost-benefit analysis, you first have to start with costs.

On a typical, $300k Twin Cities home where the owner is putting 10% down, the premium would likely be around $1k (note: lender’s title insurance covers ” you guessed it ” the lender’s interest in the home).

The most common one is that the owner will have to pay a lawyer (and possibly a surveyor) to straighten out any title defects, or possibly draft and record an easement.

A more remote (but much more expensive) scenario: paying contractors thousands of dollars to relocate a fence or pergola, or even buying a small slice of the neighbor’s lot.

How big are the above risks?

One. Who is the current owner?

If the Seller is an older couple who’s been married for 42 years ” and been in the home for most of them! ” you know you don’t need to worry about quitclaim deeds (relinquishes whatever interest the party may have).

At the other extreme, if the Seller is recently divorced, or acquired title through probate (following a death), there may be other potential parties who claim an interest in the home ” and can potentially put a cloud over the title.

Two. Has any major work been done recently?

If the home was built in 1955 and has an original Kitchen, no worries.

However, if the Seller just put in a new, $75k Kitchen ” perhaps to help sell the house(?) ” the risk of unpaid contractors goes up (note: to protect against lags in claims, Buyers getting a homeowners policy should make sure it has what is called “gap coverage”).

What marks the boundaries between the home and the neighbors?

Fences, decks, or even garages that ” according to publicly available maps ” look like they’re close to (or on) the lot line raise the risk of an encroachment or inadequate setback.

Too, any recent changes to same require more scrutiny than long-existing structures.

In a world where lawyers’ fees start at $250 an hour, it’s not hard to imagine even a simple problem requiring 3-4 hours of legal work.

Given that the typical homeowner’s title premium is under $1k, the risks seem to tilt in favor of buying it.