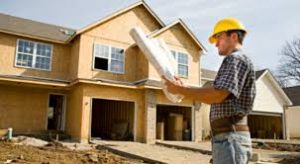 Back to the Future

You’d think, in an age of online everything, that it would be easier, not harder, to do due diligence on new home builders.

Especially small home builders, who may only build a handful of homes a year (vs. national giants like D.R. Horton and Pulte).

As recently as five years ago, it was possible to go to the web sites of the Minnesota Department of Commerce, Attorney General’s office, etc. and find out if a contractor had left a trail of complaints, fines, and the like.

Even builders I know who have been sued multiple times are invisible online, because: 1) any settlement(s) with previous clients include non-disclosure clauses; and/or 2) they’re doing business under a new name.

Meanwhile, online review services like Yelp may be great for picking a pizza parlor or local bakery, but I certainly wouldn’t choose a contractor to build a $500k (or more) new home that way.

Even so-called curated services, such as Angie’s List, have spotty data on new home builders: locally, there are reviews for more than 400 Twin Cities builders, but only a handful of those have more than 2-3 reviews apiece.

I don’t know about other Realtors, but my clients and I employ a tag-team approach, combined with tried-and-true strategies like checking out references.

So, once I obtain a list of the builder’s other recent projects (and permission to call references), my Buyer calls the former clients (or at least some), while I call the agent who represented them in the purchase of the new home (referred to as “the selling agent”).

That is, assuming that that person was different from the builder’s rep: in many instances, the same agent represented both the builder and the Buyer, a practice known as dual agency (and fraught with conflicts of interests, as discussed many times previously on this blog).

P.S.: Just like with job references, it’s possible to elicit useful info without putting the former client in an awkward (or legally tenuous) position.

So, it’s preferable to ask “would you work with this builder again?” vs. “how good (or bad) a job did they do?”