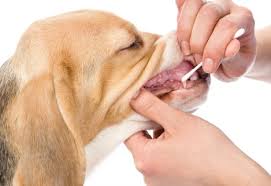 [Editor’s Note: The views expressed here are solely those of Ross Kaplan, and do not represent Edina Realty, Berkshire Hathaway, or any other entity referenced. If you need legal advice, please consult an attorney.]

They also let homeowner associations — the bodies that govern condos and townhomes, otherwise known as “Common Interest Communities” — finger canine culprits (and their owners) who flout “curb your dog” rules.

Which is why at least one homeowner association in the Twin Cities now requires its members to provide a DNA sample for their pet dogs.

I’ve also heard of a second rationale for DNA samples: the homeowner association’s rules give it the right not just to set limits on the size and number of pets, but to approve individual animals.

Collecting DNA from Fido #1 ensures that, when the time comes, owners don’t simply replace Fido #1 with Fido #2, then #3, and so on.

And yes, in case you’re wondering, homeowner associations have the right to set such rules (and charge for them!), provided they don’t conflict with state or federal law.