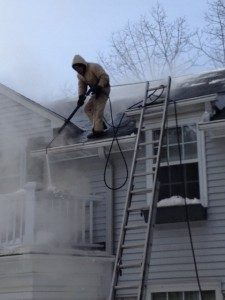 [Editor’s Note:  Seller liability for ice dams and other home issues is case-specific, and affected by local and state law. For legal advice, please contact an attorney.]

At least until a few weeks ago, it looked like the Twin Cities wasn’t going to have snow this Winter.

No snow, no melting-and-refreezing ice; no ice, no ice dams.

Several major storms later, it’s clear that that won’t be the case.

Which means that by Spring, at least some local homeowners will be contending with ice dams, and at least some of those houses will have changed owners recently.

Who’s responsible for repairing the damage?

At least in Minnesota, there is a two-pronged legal standard for Buyers to recover from Sellers for damage caused by an ice dam (or any post-closing issue, for that matter): 1) the problem had to exist before the 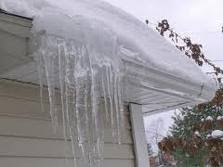 Buyer purchased the home; and 2) the Seller had to know ” or should have known ” about the problem.

But what if the home historically suffered from ice dams, and this year’s are simply the latest recurrence?

Usually, there’s residual evidence that a home previously had ice dams, even after the damage has been repaired.

Plus, a good home inspector will note the roof’s pitch and design, following any roof valleys to the home’s interior ceiling(s) to look for signs of past leaking (stains, fresh paint, etc.). 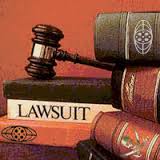 limitations), but isn’t likely to fool a Buyer who does their due diligence.

For all those reasons, it’s likely that either a home hasn’t previously had ice dams ” or, if it did, the issue was identified and dealt with prior to closing.

Just like Buyers usually can’t recover from Sellers when, post-closing, they get water in their basement after a rare, torrential rain, it’s unlikely that they have recourse for ice dams following a (belatedly) snowy winter.