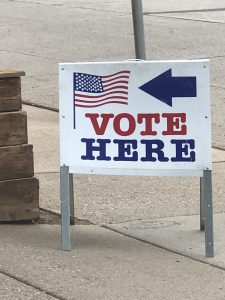 When is the general election in November a non-event?

In Congressional districts like Minnesota’s Fifth, which is something like 90% Democratic and 10% Green (I’m exaggerating, but only a little).

Which is why today’s primary election — to replace exiting Congressman Keith Ellison — is so important.

If Omar wins, she’d be the first Muslim woman (and Somali) elected to Congress.

If you live in Minneapolis or an inner ring suburb, and want to influence the outcome . . . vote!

P.S.: unlike marquee events like Presidential elections, there’s no exit polling for primaries.

That means it may be later tonight — vs. minutes after the polls close at 8 p.m. — for the winner to be determined.