You knew the Modern Family writers — authors of one of the more inspired sight gags I’ve ever seen — were up to something with the oddly captioned bus bench (below): 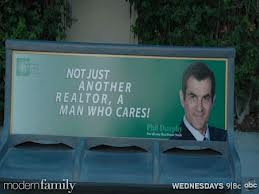 Sure enough, later in the episode, Phil’s Father-in-Law, Jay, manuevers Phil into this rather compromising shot: 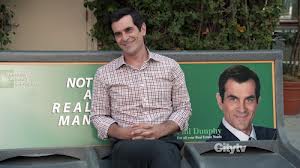 Spoiler alert (kind of):  one the story’s sub-plots deals with Phil getting a vasectomy.