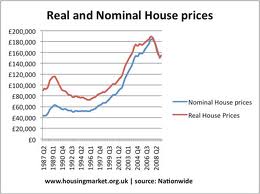 While everyone focuses on “headline” gauges of home prices — indices compiled by Case-Shiller, MAAR, etc. — they’re overlooking a stealth factor that is quietly magnifying current home appreciation in many markets today (including the Twin Cities).

“Home Selling Price as a Percentage of Asking Price.”

Since bottoming at 88.3% in the Twin Cities in early 2011, that statistic — a discount, really — has narrowed significantly, to 95% today.

And that’s in a market with “officially” zero price appreciation.

In fact, however  — at least based on what I’ve observed as a very active Twin Cities Realtor over that period — that $200k house 18 months ago is now closer to $220k in the Twin Cities.

That’s thanks to very low inventory (at under 17,000 units, the lowest in a decade); a proliferation of first-time Buyers escaping rising rents and very limited selection; and record-breaking low mortgage rates (somewhat countering the sting of rising home prices).

Now, go back and re-do the math.

Now, tell me which national housing price index is reporting that number??

Investing mavens will recognize a parallel with something called stocks’ “price-earnings ratio” (“PE”).

At any given moment, stock prices are a function of this multiple, as well as “nominal” prevailing prices.

So, if XYZ company is earning $5 share in an environment when average PE’s are 15, its stock price should be $75.

Expand that multiple to 25 (which in fact happened during the great 1990’s bull market), and XYZ stock — with no change in the company’s $5 annual earnings — is suddenly worth $125 a share.