If you don’t track financial blogs, the 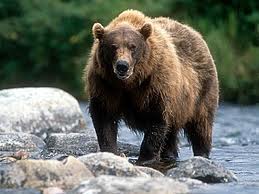 Op-Ed pages of The Wall Street Journal, etc. on the state of the housing market, allow me to summarize what the bears are currently saying (my paraphrase):

“Yes, after a 35% price drop nationally, the air has been let out of the housing bubble.

And yes, record-low mortgage rates and rising rents have made owning vs. renting attractive, if not compelling, in many housing markets nationally.

But, after a historic bubble, prices don’t simply revert to the mean, they overshoot on the down side.”

Regardless of the asset class ” stocks, bonds, commodities, homes, etc. ” assets do not merely mean revert. We have never seen a stock market that has run up into bubble territory, and then merely reverted to fair value of a 15 P/E. Instead, we careen wildly past that level, to deeply undersold, and exceedingly single digit P/E cheap.

There’s just one problem with the above:  it’s not true.

I’ve followed the stock market pretty much daily for a couple decades(!) now, and even at its low point in 2009, stock P/E’s were never “exceedingly single digit P/E cheap.”

That was true for long stretches after The Great Depression, and again in the early 1980’s before stocks began their epic, almost 20 year rise.

However, thanks to what market watchers call “the Greenspan put” — succeeded by Mr. Bernanke’s Quantitative Easing(s), “Operation Twist,” etc. — since then stocks never overshot on the low side.

In fact, they barely regressed to the mean, then quickly rebounded.

I don’t presume to know where housing prices are headed from here — and neither does Mr. Ritholtz — but at least I have my historical precedents right.

Read Jeremy Grantham on whether stocks have ever been screamingly cheap — as Mr. Ritholtz posits — in the last decade-plus.