I finished the third (and last) book of The Hunger Games trilogy a full week ago, and have to confess, I’m still reeling a bit.

Imagine a world that incorporates the 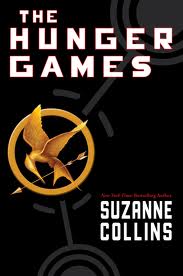 So, the book series features torture (both physical and mental); genocide; totalitarianism; gruesome genetic mutations; teenagers who hunt and kill one another; abject physical privation (including starvation and dehydration); and war crimes, amongst a truly long parade of horribles.

Readers who expect a happy ending will most assuredly be disappointed; many of the key characters meet their (ugly) demise along the way, and even the survivors are afflicted by a host of physical and emotional scars.

But, for all that, I couldn’t put it down.

Apparently, neither can millions of other readers.

Amongst the most chilling lines — in this book or any other I’ve read — is this one:  ‘May the odds be ever in your favor.’

P.S.:  I know this places me in a distinct minority, but I thought the movie was a bust.