First, a caveat (actually, two):  1) most residential real estate deals close on time with no — or small — last-minute issues; 2) good agents proactively work to anticipate and resolve any such issues.

That said, you still worry — albeit Sellers typically more than Buyers, especially in today’s housing market and economy.

One potential risk (though it appears 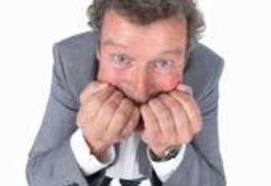 to be diminishing):  a Buyer who suddenly gets laid off and doesn’t qualify for the mortgage that appeared to be a done deal.

So, who’s got more to worry about?

For the most part, Buyers are in the driver’s seat — and not just because it continues to be a Buyer’s market.

Rather, it’s because Buyers know their own financial situation, motivation, schedules, etc. better than anyone else, and therefore know whether everything’s on track and good to go.

They may have some of the Buyer’s earnest money — or more accurately, their Broker does — but they’re typically still waiting 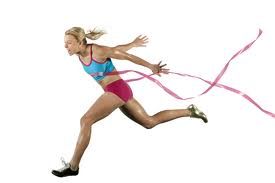 Raising the stakes:  Sellers have to give notice for utilities, empty their house, and actually move out(!) before they see the rest of the Buyer’s money at closing.

As part of packing up and moving out, they have to brace (just a little) for last minute “maintenance surprises” that can cause the deal to hiccup.

Finally, Buyers will want to do a walk-thru just before closing to catch anything the Seller might have missed.

But don’t Sellers keep the Buyer’s earnest money if the deal doesn’t close?

Yes, if the deal’s far enough along.  See, “You mean, there’s no deal AND they get their earnest money back??”

But it’s not unheard of for the Buyer to

contest it, or even just drag their feet signing a cancellation (necessary for the Seller to re-market the home).

It’s also the case that Buyer’s earnest money seems to be getting skimpier these days (thank the economy), and is seldom enough to truly compensate a Seller for the inconvenience and hassle of dealing with a busted deal.

That opportunity cost and inconvenience is compounded if the Seller has already left town; has health or financial issues (where does the money for staging an empty home come from?); or there’s been an exceptionally long lag between closing and when the Purchase Agreement was struck, in a busy time of year.

P.S.:  George Carlin has the ultimate advice for worrywarts:  he recommends heroin addiction.

Before you’re addicted to heroin, you worry about dozens of things — afterwards . . . just one!