Foreclosures across the country and the Twin Cities are likely to increase in the coming months, dashing hopes that the new year will deliver a rebound in housing prices, despite record-low mortgage rates and dwindling inventory.

His argument would certainly be a lot more compelling if he had a couple real, local sources. 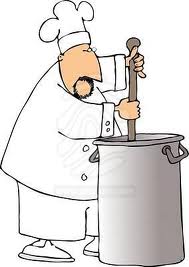 Or even just one.

And the rumor about a backlog of foreclosures about to hit the market was actually new news.

Me — and every other Twin Cities Realtor — have heard that one for years now.

So, exactly who — or what — does Buchta base his pronouncement on?

The Office of the Comptroller of the Currency, the federal agency that regulates national banks.

According to the OCC, “over the next year, there’s little doubt that recent increases in foreclosure activity will slow the housing recovery.”

What, no real, live government official available over the long holiday weekend, Jim?

Meanwhile, Buchta’s named sources — Daren Blomquist at RealtyTrac, Herb Tousley at the University of St. Thomas, and Edina Realty’s own Aaron Dickinson — all speak to the effect foreclosures have on the housing market generally, rather than predict a spike in 2012 foreclosures locally.

In fact, a voluntary bank moratorium on foreclosures did just expire.

However, that moratorium was a response to defective foreclosures in states where so-called “robo signers” represented to a judge — fraudulently, it often turns out — that the lender had the legal right to foreclose.

That’s not how it’s done in Minnesota.

Here, lenders who want to foreclose must establish their legal bona fides by publishing legal notice.

As far as I’m aware, the moratorium was a non-event locally — which means its lifting should be, too.

So, what’s Buchta’s story really about?

At least to me, the giveaway is the article’s January 2 (Monday) publication date.

Not one local real estate company — including Edina Realty — was open yesterday (a national holiday).

Ditto for the local MLS.

In fact, starting Friday (Dec. 30), it would be fair to say that the local real estate market has been in hibernation mode.

In the absence of any real news, and with a deadline looming, might Buchta have opted to “stir the pot” a bit — and hedged his bets by slipping the word “could” in?

As a colleague of mine once deadpanned about an MLS listing that touted “rents could be higher” . . . “or, they could be lower.”