“When you strike at a king, you must kill him.” 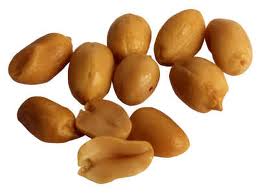 before causing it to collapse — it seems obvious that Emerson’s famous line about killing kings has a modern-day corollary (nice alliteration, huh?).

Namely, if you’re going to financially exploit society’s most vulnerable, vanquish them so completely that they can never retaliate.

Sadly, that seems to be the takeaway from the Justice Department’s settlement last week with Bank of America to pay 210,000 alleged predatory lending victims an underwhelming $335 million.

That large-sounding financial pot comes to less than $1,600 per victim — rather measly compensation for losing one’s home, credit, and being overcharged thousands or even tens of thousands for a home loan (at least until the borrowers defaulted).

As meager as the Justice Department’s settlement may be, it’s positively munificent compared with the FTC’s earlier settlement with BofA for much the same conduct, also at its Countrywide unit.

And that’s assuming that you can find them.

One of the things that happens to people who lose their homes and any savings they may have had is that they become much more transient — and harder to locate.

Even if you found all the victims, it turns out that some are now so leery of “the system” that they won’t cash their recovery checks, for fear that “the refunds are part of a scam,” according to today’s Wall Street Journal.

When you tote up all the damages wrought by such greedy, reckless lending practices, be sure to include a separate (very large) line item titled, “distrust towards financial and government institutions.”

After The Great Depression, it took people a generation to overcome such distrust — behavior that acted as a huge (if hard to calculate) drag on economic activity. 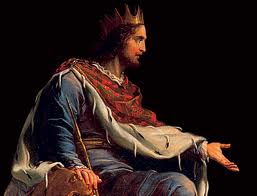 Unknown to most people, the legal system has a centuries-old principle called “equity,” whereby aggrieved citizens whose injuries are not addressed by common law can seek recovery.

If ever there was an instance of modern-day misconduct that screamed for equitable redress, the predatory lending practices perpetrated by too-big-to-fail banks would seem to be it.

So, here’s my proposal:

Identify the 300 highest-paid executives at Bank of America and Countrywide during the go-go mortgage underwriting days (roughly 2003-2007).

Then set up a lottery for the benefit of the mortgage fraud victims, whereby each of the winners take title to one of the perpetrators’ homes.

Even King Solomon would be impressed by such a fitting solution.