“Minnesota Nice” has a lot of detractors — especially amongst non-Minnesotans.

However, the locals’ practice of behaving nicely and exuding warmth (however superficially) does have its redeeming qualities. 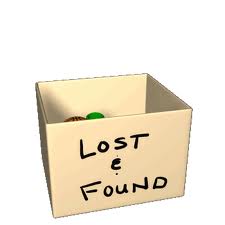 Like when you’re traveling to the Twin Cities for Thanksgiving with a bunch of small kids and lose your iPad en route.

Four hours talking with airport police and airline reps produced nary a lead.

However, yesterday afternoon — Thanksgiving day — she received an email from Wausau, Wisconsin, which is about 4 hours northeast of the Twin Cities.

Apparently, my sister-in-law and brother switched rental cars at the airport, but the iPad got overlooked in the chaos of luggage, screaming kids, etc.

The Good Samaritan discovered the wayward iPad in the trunk of his rental car when he arrived at his destination in Wausau, and promised to FedEx it to Minneapolis today.

What do you think the odds of that happening in New York or Los Angeles would be??