Imagine picking the top Twin Cities restaurants based on which ones were the most affordable, or had the shortest lines.

In a nutshell, that’s my reaction to the cover story in the September issue of Twin Cities Metro Magazine, titled “30 Best Neighborhoods:  the Twin Cities’ most livable destinations.”

It’s All in the Criteria

The most interesting thing to me about the article — besides the offbeat selections — was the magazine’s criteria:  ten attributes ranging from 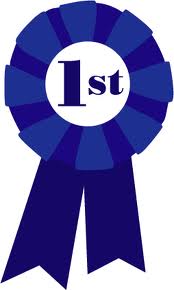 Meanwhile, high-density, urban neighborhoods snared most of the magazine’s top spots because they shine on such measures as “Transit,” “Recreation,” and “Arts & Culture.”

Even the magazine acknowledges that its choices are “somewhat surprising” and “counterintuitive.”

And that’s after it tweaked its initial criteria:

“We learned quite a bit about how shifting the weight of various categories affected our outcomes — in one early version, Kenwood and Linden Hills’ high housing values left them nearly dead last in the list (rather than more or less in the middle of the pack, where they are now).”

All of which suggests (to me) that the magazine massaged the data to come up with a provocative list — otherwise, who’s going to read the article? — just not too provocative.

The magazine picked the (urban) neighborhoods that most appeal to its readers and their demographic (think, single with lots of disposable income).